“A lu Guarracino che jeva pe’ mare le venne voglia de se ‘nzorare…” … narrate the opening verses of the oldest popular music Neapolitan tarantella, a shrill song eighteenth century, author unknown, which tells of falling in love Guarracino fish (damselfish) against the beautiful Pilchard (Sardine), betrothed all’Alletterato (skipjack) .
The rivalry between the two contenders locked in a great battle that soon involves all fish species in the Mediterranean, fish, molluscs, crustaceans and marine mammals.
This explains the choice of calling the local Lo Guarracino: a name that comes from the sea in Campania, a magical place, full of history and passion, culture and … a popular variety of delicious fish.
The protagonists of our specialties !

The Restaurant – Pizzeria Lo Guarracino , built in 1980 within a large garden in which it maintains , in part, the structural features , overlooking the lovely beach of Fornillo , offering a panorama of the most beautiful Amalfi Coast. The marine scenery surrounding the three rooms of the restaurant, overlooking the Tower of Clavel , on the islands of “Li Galli” and the coastal village of Praiano. To reach Lo Guarracino just hop the picturesque path carved into the rock along the sea , long way Positanesi of America , near the famous Tower Trasita , built by Positano in the second half of the 500 to defend itself from the continuous pirate raids and Turkish . The name of the street, Positanesi of America , has been wanted by the same population as a thank aimed at all citizens who emigrated to the U.S. in the first decades of the 900 , which helped the country to overcome the state of serious difficulties which had fallen Positano during the Second world War.
The Guarracino is located in Positano , on the beach Fornillo , with rooms overlooking the panoramic Torre Clavel and the sea , lit by a full moon
The piano bar ” Guarracino Night” is waiting for you every night in the beautiful summer season with live music , dancing and fun.

.Our Chef awaits you with its delicacies prepared with fresh ingredients and selected. 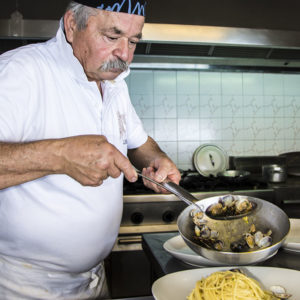 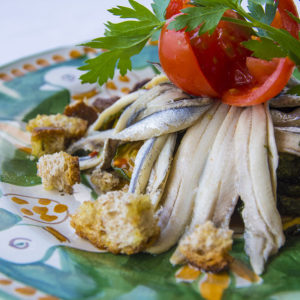 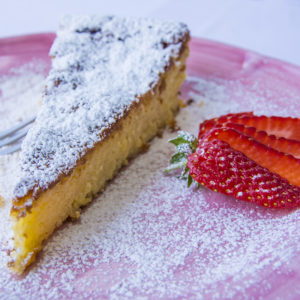 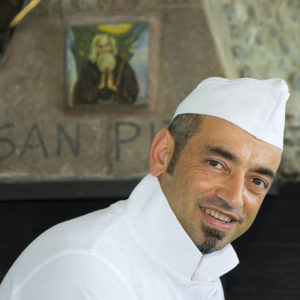 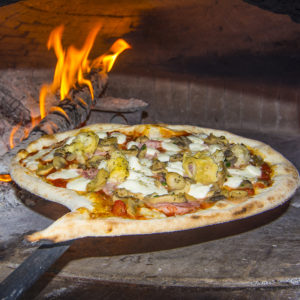 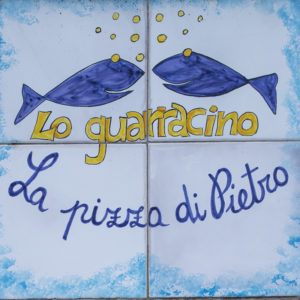 We use cookies on our website to give you the most relevant experience by remembering your preferences and repeat visits. By clicking “Accept All”, you consent to the use of ALL the cookies. However, you may visit "Cookie Settings" to provide a controlled consent.
Cookie SettingsAccept AllRead More
Manage consent

This website uses cookies to improve your experience while you navigate through the website. Out of these, the cookies that are categorized as necessary are stored on your browser as they are essential for the working of basic functionalities of the website. We also use third-party cookies that help us analyze and understand how you use this website. These cookies will be stored in your browser only with your consent. You also have the option to opt-out of these cookies. But opting out of some of these cookies may affect your browsing experience.
Necessary Sempre abilitato
Necessary cookies are absolutely essential for the website to function properly. These cookies ensure basic functionalities and security features of the website, anonymously.
Functional
Functional cookies help to perform certain functionalities like sharing the content of the website on social media platforms, collect feedbacks, and other third-party features.
Performance
Performance cookies are used to understand and analyze the key performance indexes of the website which helps in delivering a better user experience for the visitors.
Analytics
Analytical cookies are used to understand how visitors interact with the website. These cookies help provide information on metrics the number of visitors, bounce rate, traffic source, etc.
Advertisement
Advertisement cookies are used to provide visitors with relevant ads and marketing campaigns. These cookies track visitors across websites and collect information to provide customized ads.
Others
Other uncategorized cookies are those that are being analyzed and have not been classified into a category as yet.
ACCETTA E SALVA